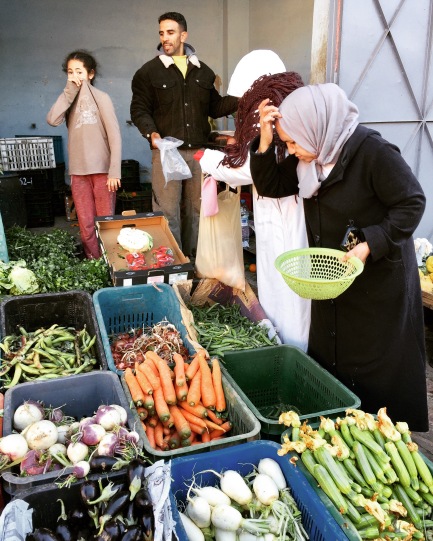 Zara said “Bonjour” as soon as she saw us in the garden early that morning, she was smiling as always and we were excited with expectations of a fun cooking day ahead of us. Zara only spoke French to us and indicated that as soon as we were finished with breakfast, served on the terrace, we could leave “tout de suite” for shopping the ingredients for our cooking class.

After leaving the Riad and cruising through alleys and cold narrow streets, crossing among bikes, motorcycles, donkeys and their carts sometimes loaded with produce, other times with debris from construction sites, we finally came to an open air market bursting with people and sunshine. Actually we never saw any enclosed food market, neither any boxed food, nor bagged food. Everything there was breathing the same air as us, as natural as it could be. 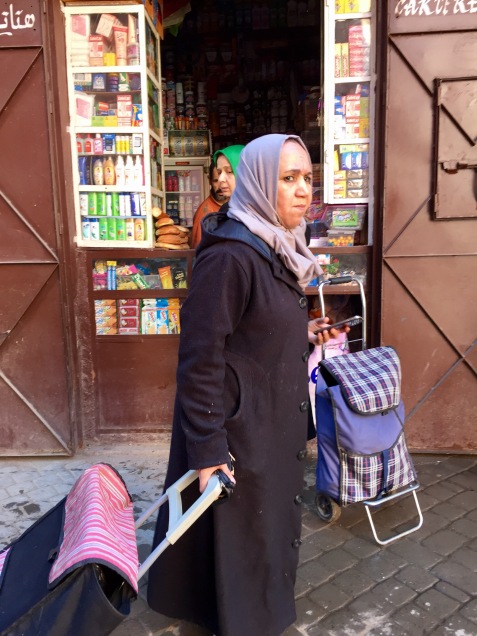 Zara carried her own shopping cart and a smile full of pride as she exhibited to her merchant friends, her two american students. Zara zoomed from stand to stand talking to everybody, in a traffic full of life. While we were catching up with her fast walk, she kept telling us about her dishes and her people.

Go get a Kilo of  “tomate” she told me as she handled me the basket.  While thinking in my head what a Kilo translates in Lbs and trying to remember when was the last time I held something in Kilos, I realized the 25 years in America had me upside-down in this matter. I gave her the basket full of what I thought was 1Kg and while they weighted it, I heard the Jeopardy music playing in my head…… and BANG!! I was short one tomato!

The most colorful and beautiful veggies had names that she didn’t know how to translate from Arabic to French, to me. At the herb seller’s we got so excited that we decided to buy a couple of Kgs divided into tiny bags full of herbs and seasonings. They travelled back home with us, which is totally another story. 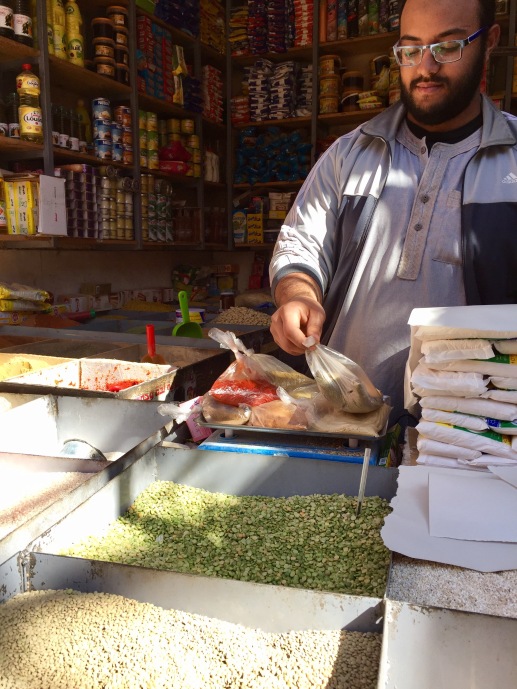 Back to this story: Now it was time to buy our meat for the lamb tagine. 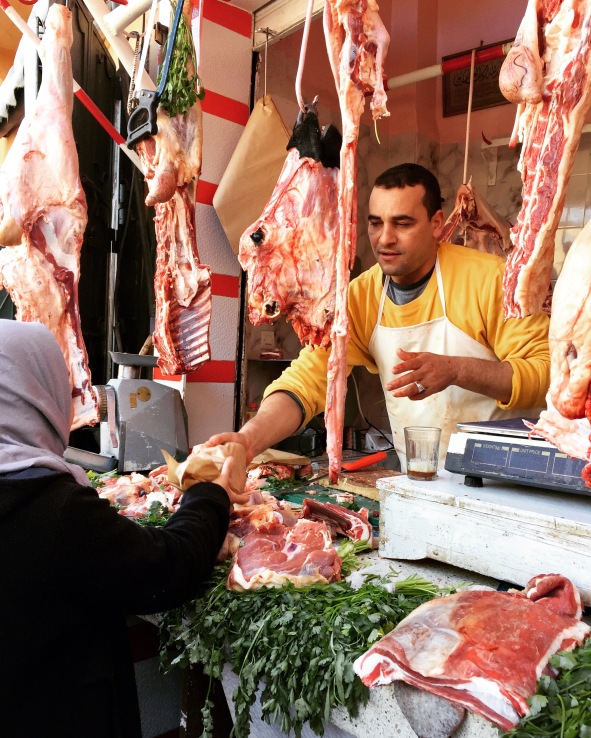 Zara approached the meat stand and ordered all the pieces we needed for our cooking class, while I was lost in a world of meat and cow’s parts, I was observing that glass dripping with blood on the outside, sitting next to the scale, wondering what was that? I watched the glass and the guy. Jeff watched me.

Zara explained to me, that in Morocco they ate the cow’s heads too. I smiled and told her that in Brazil we do too, actually just like them, we eat almost every part, nothing goes to waste. She turned to her friend and an avalanche of Arabic words came out of her mouth and they both looked at me and smiled. That was my password to their heart, at that moment we became friends, and without even speaking the same language, now we were equal. In celebration of our new friendship, he picked up a kettle of mint tea and poured it into the bloody glass and offered it to me. I drank it, accepting all the challenges that it takes in order to understand human connections.

I gave him the glass back, he poured more tea and passed it to Zara, and then he drank it. I looked for Jeff who was standing far away with his mouth open, and called: Come here dear! Would you like some tea, too?